I read a book about boy development once, and I have a boy, and I married a former boy, so naturally I can now consider myself an expert on boys. (Or not.) But actually, one of the things this book (which I do recommend, called, conveniently, It’s a Boy!) taught me about boys in the 3-to-4 age range, is that their very active imaginings lead them to assume, and declare, that they are who or what they want to be. Not, as an adult might expect, “Look, I’m pretending to be a hurricane right now,” but as any of you parents of boys can probably attest, “I’M A STORM! BASH!” while jumping from a bookcase onto your head. 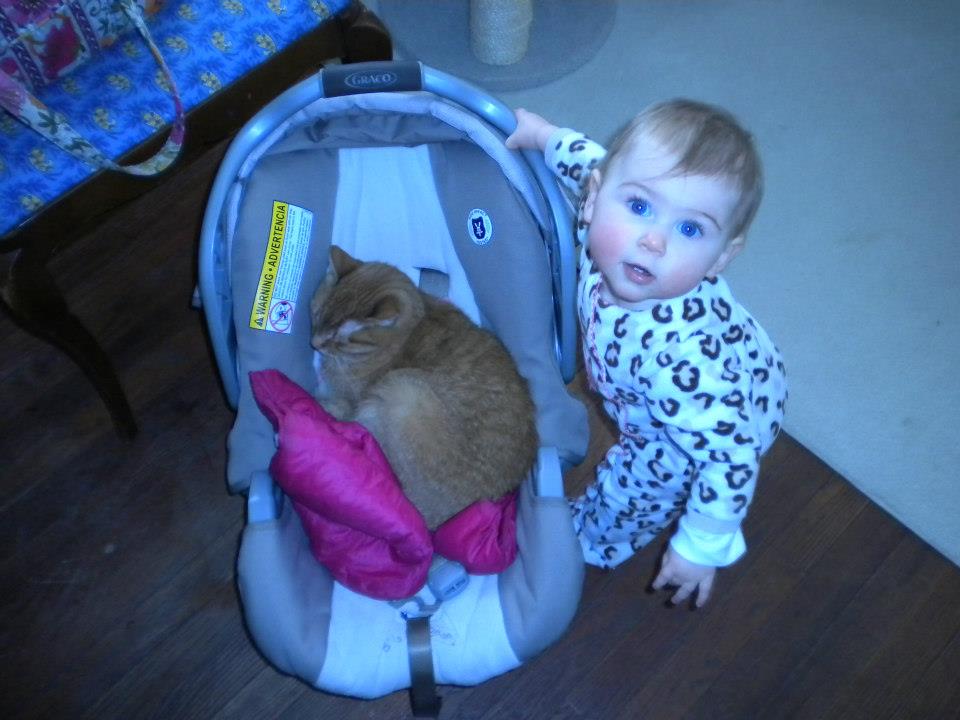 The Cat in the Carseat Knows a Lot About Comfort. My Sally Bear and Neenikins, 5 years ago.

In a less violent version, my son Boo has decided, for well over a month now, that he is Nick, and his oldest sister is Sally, from their televised diversion du jour, The Cat in the Hat Knows a Lot About That. For over a month he has insisted that his name is Nick. When Santa asked for his name, in fact, his answer was “Nick.” We corrected him, and from the raised snowy-white eyebrow I got, I think for a second Santa wondered if “Nick” had been kidnapped. His sister was so frustrated and annoyed with being called Sally all the time that at first she whined and complained constantly. But Persistence is Nick’s middle name. He wore her down. Now he calls her Sally all day long, and she responds to it. Besides the fact that I seriously hope he doesn’t get lost in public somewhere during this imaginative phase, I do find it kind of adorable, and we have actually started referring to them as Sally and Nick around the houseamadoodle. If you can’t beat ‘em…

One thought on “An Aside: The Cat in the Hat Knows a Lot About Pseudonyms”